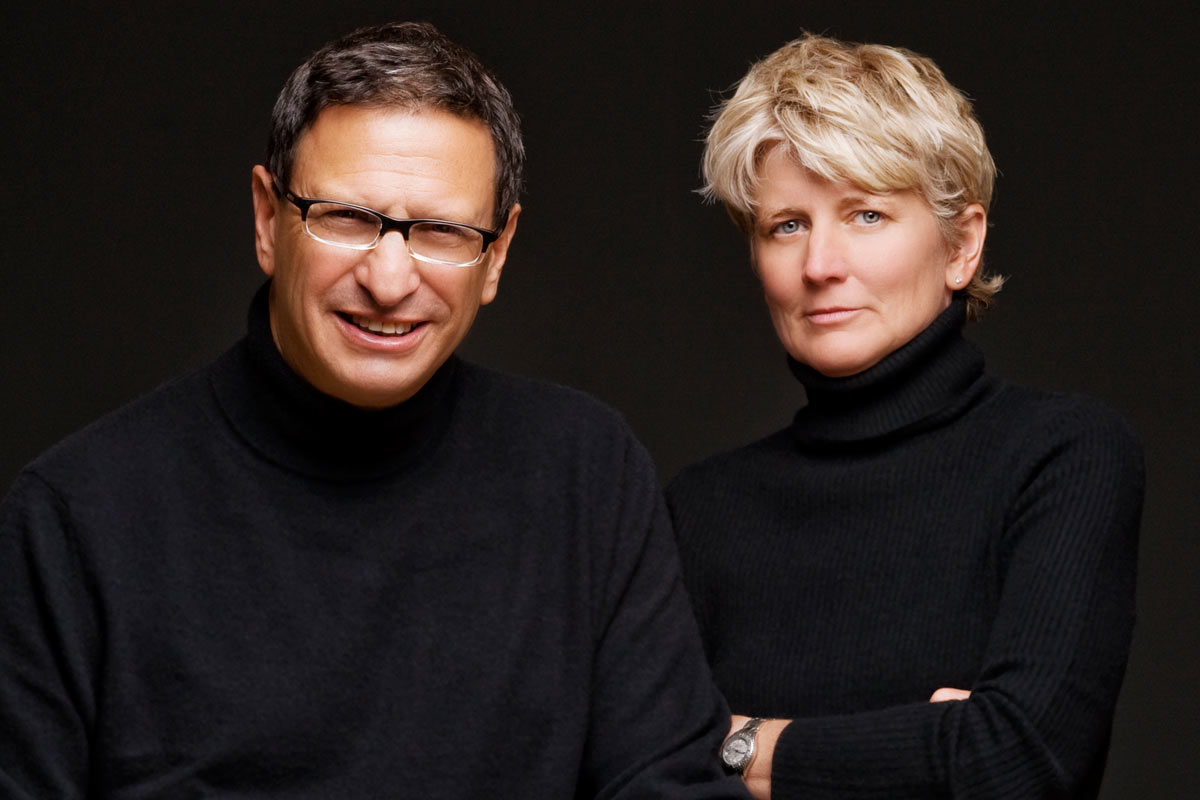 Doubilet and Hayes, National Geographic legends and undoubtedly the world’s most recognisable and inspirational ambassadors of the oceans, are on their way from upstate New York to Australia to keynote the Underwater Tour 2019.  Logging 26,000 and 11,000 hours beneath the surface respectively, it’s no wonder they have earned their place as revered underwater photographers and international treasures

Doubilet & Hayes will be speaking at this years Underwater Tour from 9 - 14 May, Brisbane, Sydney, Melbourne, Adelaide & Perth 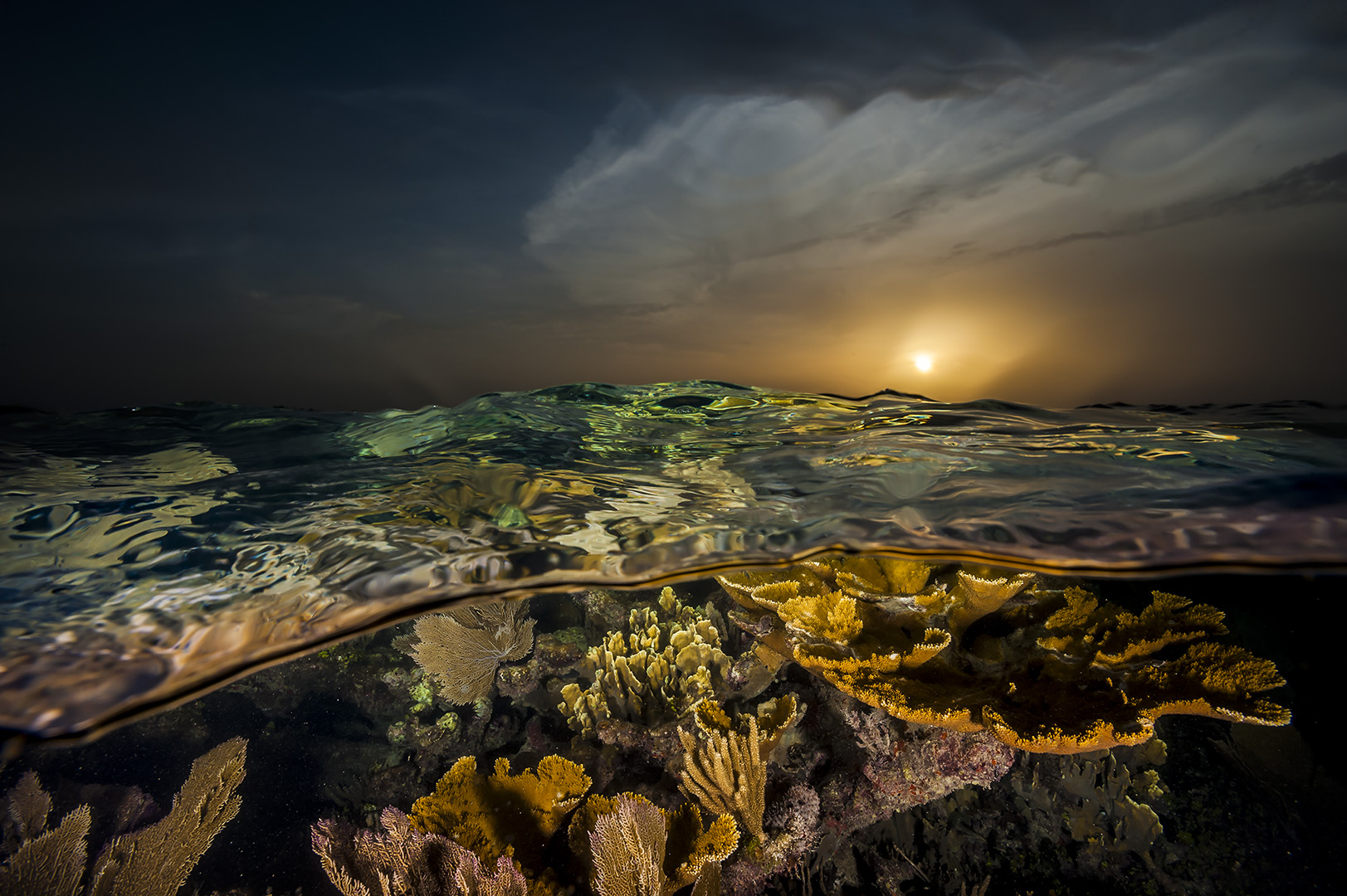 Doubilet’s 75 plus feature publications with National Geographic document the diversity of marine environments - from equatorial coral reefs to life beneath the polar ice.

99 of the best Doubilet & Hayes photos

Feature presenter of National Geographic Live, a columnist, contributing editor and author of 12 books, he is the recipient of many international prestigious awards including The Academy of Achievement Award, The Explorers Club Lowell Thomas Award and The Lennart Nilsson Award in Scientific Photography.  Doubilet is a member of both the Royal Photographic Society, International Diving Hall of Fame and founding member of the International League of Conservation Photographers.

My father dug a pond on our farm and I went in there and I stocked it with fish and I caught things in our creeks and I would watch Jacque Cousteau on Sunday mornings in between chores and I dreamed of the ocean and my father would say 'that's a long way from here' Jennifer Hayes.

Hayes’ went on to major in biology and took a course in a science program in Jamaica.

Her photography and journalism is underpinned by a lifetime ambition and her marine science background and focus on communication and conservation of endangered species.

Her current work includes documenting the global status of UNESCO World Heritage Site coral reef ecosystems at risk of climate change, exploring the science and solutions to restore North American sturgeon populations and documenting harp seals as a Face of Climate Change in the Gulf of St Lawrence as their birth ice disintegrates beneath them.

Who knew Hayes is a pilot with a passion for vintage planes?   She is the recipient of the Presidents Medal for natural history, a trustee of the Shark Research Institute and Explorer Club National Fellow.

Silky Shark by David Doubilet (below) 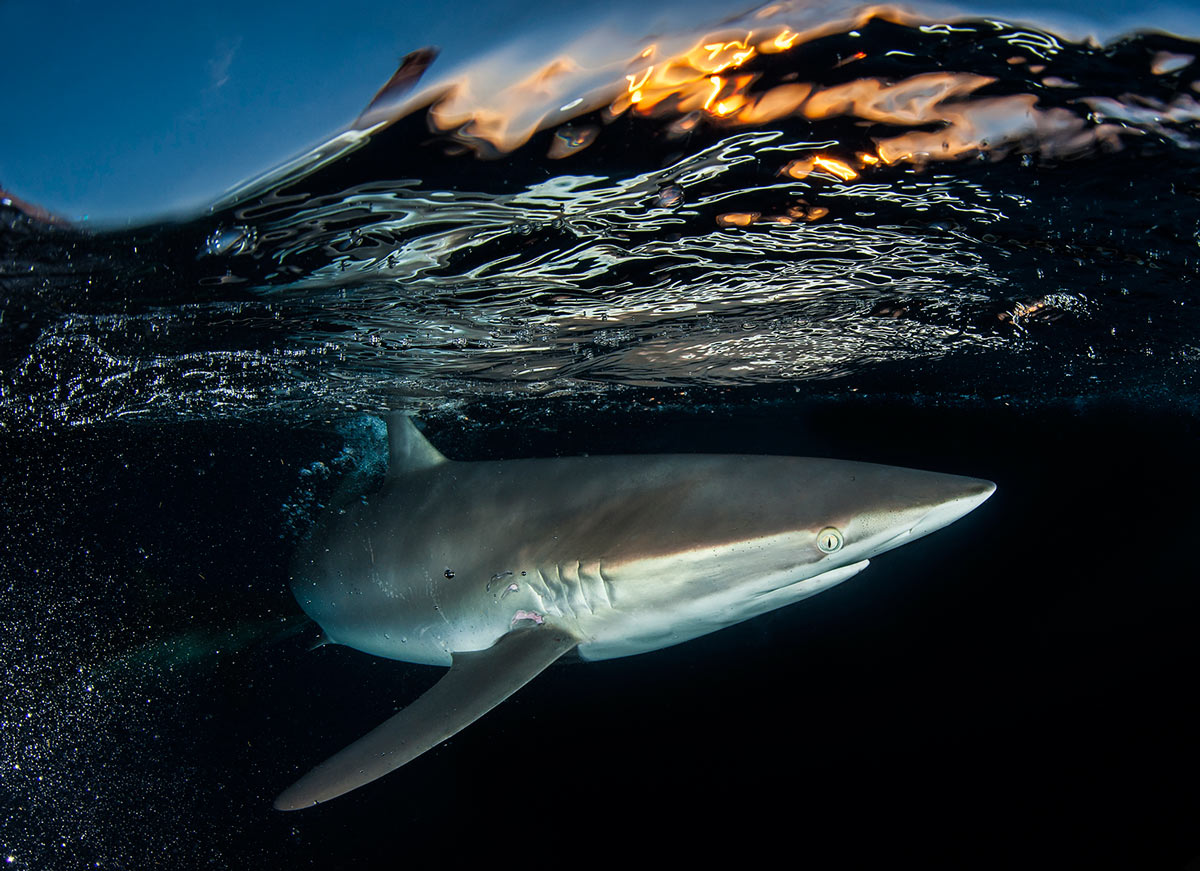